Why "Build me an Army worthy of Mordor...
...when you can have Mordor itself!

Here is my Lord of the Rings LOTR/WOTR 6000+ point Mordor Army - unfortunately my camera doesn't do them justice! Those that have seen them can bear witness - I may update the photos at a later stage, but for now I just wanted to let everyone see some of the models they can use at the East Grinstead War Gamers Club in Sussex.

OK - I am in the process of updating photos and content of my armies...


Sauron is the Dark Lord, the Enemy, the Lord of the Ring. He is driven by a consuming desire to dominate all of Middle-earth and by a burning hatred of Elves, Men and all who stand in his way. It was Sauron who crafted the great Rings of Power and gave them as gifts to the rulers of the free races of Middle-earth. Yet still, he held the One Ring, the one that ruled all others, and it was through this mighty tool that Sauron enslaved the other ring bearers to his will. His vast armies of Orcs and other fell creatures were unleashed upon the world, but the Last Alliance of Men and Elves defeated his hordes and finally laid siege to his fortress of Barad-dûr in the land of Mordor. There, at a terrible price, the One Ring was cut from his hand and he was finally vanquished. Though not destroyed...

For many long years, a darkness has dwelt in the southern reaches of Mirkwood, an evil known only as the Necromancer. Eventually, the Free Peoples dicovered that this being was none other than Sauron, the Lord of the Rings. Though his power is weakened by the loss of the Ruling Ring and his physical form was destroyed in the war of the Last Alliance, Sauron is still a force to be reckoned with, and his power is growing.

The Mouth of Sauron Foot and Mounted

This unwholesome being speaks for Sauron in dealings with other lands, guiding the actions of the Dark Lord's servants. Centuries under Sauron's tutelage have allowed the Mouth of Sauron to harness sorceries beyond the grasp of other mortals, making him a truly daunting foe.

Gollum is described as "a small slimy creature" (in The Hobbit), and emaciated and gaunt, but possessing a vicious, wiry strength. In The Fellowship of the Ring, Aragorn states "his malice gives him a strength hardly to be imagined." In The Two Towers, Gollum's grip is described as "soft, but horribly strong" as he wrestles with Sam. 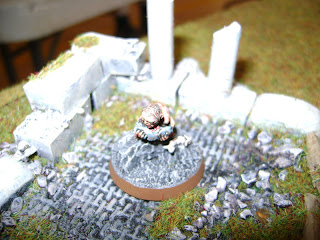 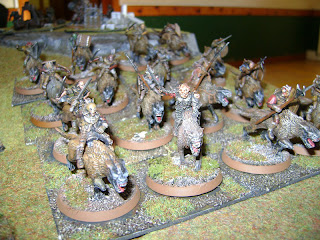 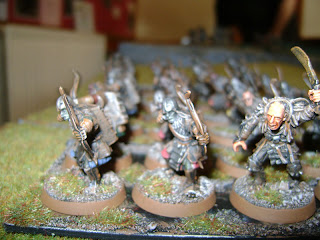 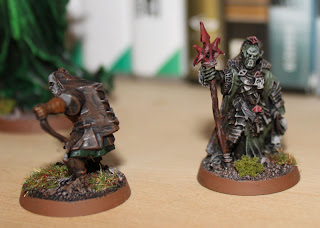 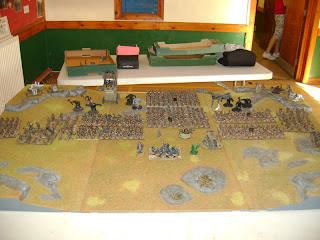 WotR Mordor: Host/Huge Army... and some! 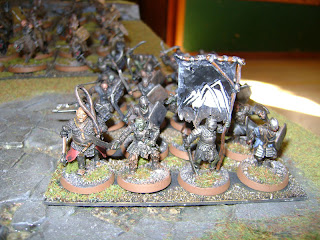 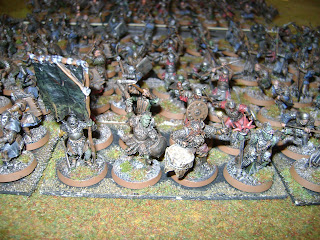 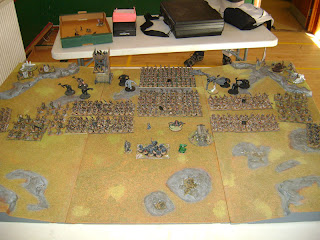 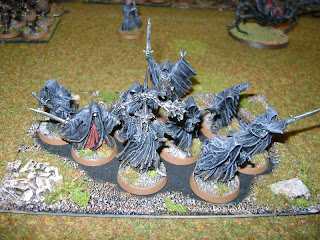 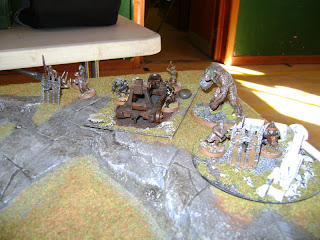 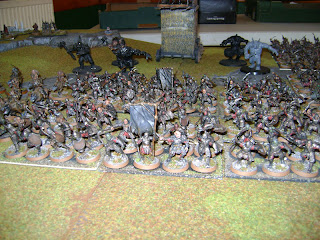 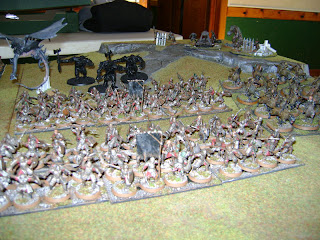 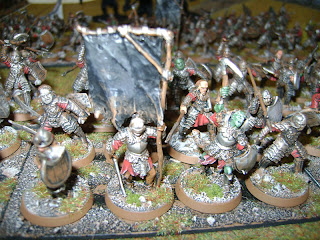 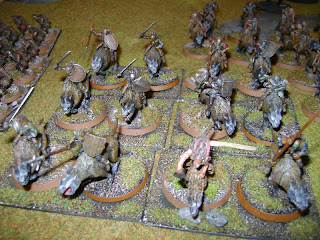 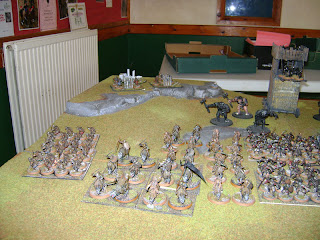 LotR Mordor: Close up of the Mordor Warg 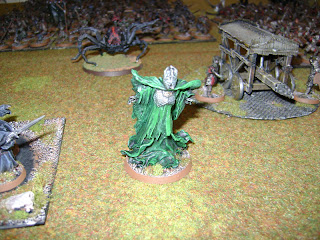 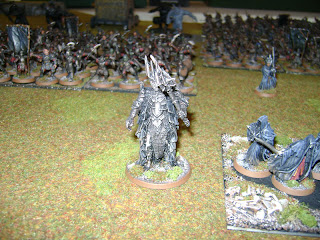 I hope you enjoy looking at the LOTR / WOTR huge Mordor army - I believe this Mordor army is in the region of 6000 points give or take and ready for the Battle of Mordor or the invasion of Gondor, siege of Osgiliath or the Battle of the Pelennor Fields. I will also be posting images my 3000 point WOTR/LOTR Dwarven army soon (some pictures are below in the battle report), as well as my 2000 point LOTR Moria army.

My next project is a 3000 point LOTR Rohan army, closely follwed by 4000 point LOTR Gondor.  If you are interested in learning to play warhammer, WOTR, LOTR or just how to paint email us and come along for a battle or painting session.

In the spring we will be running a WOTR weekend, featuring a HUGE siege of Rohan Helms Deep with a scale model of LOTR Helms Deep - this will be 2-3 a side and will be around 8000 points per army.

The following day will be a siege of the Ruins of Osgiliath with similar force size... followed by the Battle of Pelennor Fields in the battle of Mordor, if you are interested in these battles then let us know and you can either take part or try the WOTR/LOTR system at a club day, or even help construct scenery or paint models in preparation.  Or if your club wants to take on our club we are willing to have a warhammer tournament here in Sussex, or can we can travel to neighbouring counties.

I would love to get in to LotR SBG and could easily use the WotR army for SBG, so if you are interested in either WotR or LotR SBG please let us know as we are kean to get new players and veterans alike involved.